More than 60 million Americans volunteered 8 billion hours of their services in 2010, holding steady with the previous year, according to the latest report by the Corporation for National and Community Service (CNCS), released late last year. Communities are benefiting from their work in mentoring and tutoring youth, fundraising and providing food, transportation and general labor, including disaster relief. 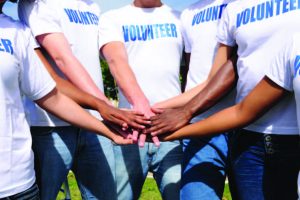 “Every day, volunteers of all ages are giving their time and talents to solve problems and make our country stronger,” says Robert Velasco II, acting CEO of CNCS. He observes that civic involvement increases as people become more deeply rooted in their communities through family, work and school ties.

The members of Generation X (born 1965 to 1981) are volunteer stars, having contributed 2.3 billion hours in 2010, 110 million more than the year before. Teen volunteer rates were also up from 2002 through 2010, compared to 1989. A Volunteering in America report attributes this to emphasis on service-learning in high schools, the influence of parents that volunteer, social networking and the ease of finding opportunities via the Internet.