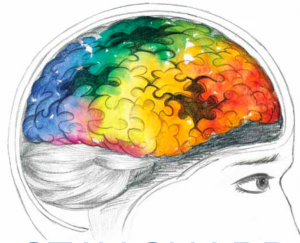 A slow descent into dementia seemed inevitable for a 66-year-old man that had been misplacing his keys, missing appoint- ments and struggling at work. He failed doctor-administered cognitive quizzes and tested positive for a gene variant linked to an exponentially higher risk of Alzheimer’s disease. A brain scan revealed scattered clusters of sticky, amyloid plaque—a hallmark of the disease. His hippocampus, or memory center, had shrunk to rank in the lowest 17 percent of men his age.

Told there wasn’t much that could be done, he sought the help of University of California, Los Angeles Al- zheimer’s researcher Dale Bredesen, a neurologist and founding president of the independent Buck Institute for Re- search on Aging. He recommended a personalized, 36-point plan, including a high-fat/low-carb diet, intermittent fasting, strict sleep schedule, select dietary supplements and other lifestyle changes. Within three months, family members reported marked improve- ments in his memory. At 10 months, brain scans revealed his hippocampus had grown 12 percent.

“Such improvements are un- precedented,” says Bredesen, who described this and nine other hopeful cases in a provocative paper published in June in the journal Aging. “These are the rst examples of a reversal of cognitive decline in pre- and early Alzheimer’s patients.”

Bredesen is among a small but grow- ing group of researchers, physicians, caregivers and patients challenging the conventional wisdom that the road to dementia goes one way, with no cure or repair of damage done. They argue that the key to both prevention and reversal, at least in early stages, is to pinpoint its numerous drivers—from nutritional and hormonal de ciencies and exposure to infection to environ- mental toxins and harmful drugs—and attack them simultaneously. It’s a stark departure from the classic, often unsuccessful, one-pill treatment ap- proach. Of the 244 clinical trials for Alzheimer’s drugs between 2002 and 2012, all but one failed.

“Imagine having a roof with 36 holes in it, and your drug patched one hole. You still have 35 leaks,” says Bredesen, who believes his synergistic approach—the Bredesen Protocol— can likely make Alzheimer’s drugs work better or render them unneces- sary. Skeptical colleagues point out that Bredesen’s paper described only 10 case studies, not a clinical trial. “It is intriguing, but not enough to make recommendations to physicians or pa- tients,” says Keith Fargo, Ph.D., direc- tor of scienti c programs and outreach for the Chicago-based Alzheimer’s Association. “The current consensus in the scienti c community is that we do not have a way to reverse dementia.”

They recently presented together at a conference organized by Sharp Again Naturally, a New York nonpro t that educates patients and caregivers about natural means of slowing and reversing cognitive decline.

After losing her mother to Al- zheimer’s, the nonpro t’s co-founder, Jacqui Bishop, 74, stopped her own frightening decline by changing her diet and getting her thyroid hormone levels under control via supplements. Now she’s helping others do the same. She says, “We are trying to change the conversation from one of despair to one of hope.”

Lifestyle changes can prevent and slow cognitive decline. Some say they also reverse it.

Key to Bredesen’s approach is the no- tion that instead of being one disease, Alzheimer’s consists of three sub-types with distinct drivers: in ammation
or infection; harmful environmental exposures; and/or lack of neuron-nur- turing hormones. To determine which one to target, he tests patients for blood-sugar, in ammation and hor- mone levels, heavy metals and critical nutrients such as D and B vitamins. Then he crafts a personalized plan.

He notes that the 10 years it can take to progress from subtle decline
to full-blown Alzheimer’s provides a huge opportunity. “Ideally, we want people to come in when they have mild impairment or are asymptom- atic,” says Bredesen, advising that tests be done for the APOE4, or “Al- zheimer’s gene” in one’s 40s. “People have not wanted to know in the past because they’ve been told there is nothing they can do about it. We com- pletely disagree.”

One way to stay cognitively sharp is to eat fewer carbs (which boost blood sugar) and eat more fat, says Perlmutter. “There is a clear relationship between elevated levels of blood sugar and increased risk of Alzheimer’s.” One study, published in 2013 in the New England Journal of Medicine, tracked 2,067 healthy adults for seven years and found that the higher their average glucose level, even if they weren’t diabetic, the more likely they were to develop dementia. For in- stance, those with a level of 115 mil- ligrams per deciliter were 18 percent more at risk than those measuring 100 milligrams per deciliter.

A 2012 study published in Neu- rology followed 266 adults for four years and found that those with higher blood sugar saw certain areas of the brain shrink 6 to 10 percent more than those with lower blood sugar. Gluten can also be problematic, advises Perlmutter, when it’s in ammatory and driving brain degeneration.

In contrast, good fat, like that in avocados, fatty sh, coconut oil and walnuts, serves as a foundation for neurons and an ef cient, clean- burning fuel source for the brain. This is particularly helpful in someone with early-stage Alzheimer’s, says Brede- sen, because the disease can make it harder for the brain to use sugar for fuel. In some cases, both doctors recommend an extremely low-carb, or “ketogenic” diet (fewer than 60 grams of carbs per day). Starved of carbo- hydrates, the liver produces fat-like compounds called ketones, a brain- fuel source shown to stimulate growth of new neural networks.

Bredesen also recommends 12 hours of fasting each night, with zero food intake within three hours of going to sleep. Fasting promotes a process called autophagy, by which the brain essentially cleans itself of damaged cellular material. Eight hours of sleep is also vital. According to University of Rochester research, the space between brain cells opens up during sleep, allowing cleansing chan- nels of uid to ow more freely. “If you were operating your house 24/7 with no time to rest or clean, it would be disastrous,” says Bredesen. “The same is true of your brain.”

Also, they say, keep teeth clean because bacterial infections, including those in the gums, have been shown to hasten formation of neuron-killing plaque. Also critically examine the prescription drugs being ingested. A recent study of 74,000 people pub- lished in JAMA Neurology found that regular use of heartburn drugs like Pri- losec and Nexium increased dementia risk by 42 to 52 percent. Meanwhile, anticholinergic drugs like Benadryl and statin drugs prescribed to manage cholesterol have also been linked to increased dementia. “We see ‘statin brain’ all the time,” observes Perlmut- ter, who says once patients go off the drugs, they tend to get better. 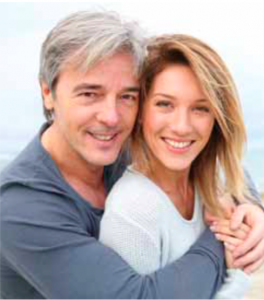 Fargo says researchers are keenly interested in many of the ideas in Bredesen’s paper. Although it’s too early to endorse them, numerous stud- ies are underway. But he wonders if some patients that assert that they’ve reversed dementia actually suffered from something else, like sleep apnea or depression.

Bredesen stands by his research, asserting that the 10 patients in his paper had all been formally diagnosed with Alzheimer’s or its precursors. One 69-year-old entrepreneur that was planning to close his business after 11 years of mental decline is now ex- panding it. A 49-year-old woman that scored poorly on neuropsychological tests showed no signs of cognitive decline when she was tested again nine months later. In all, more than 100 people have participated in the program. “We have people that are four-and-a-half years out and doing very well,” he says, noting that such strategies aren’t likely to work for someone with advanced Alzheimer’s.

In some cases, the results may be more subtle, but for those caring for a sick loved one, any positive progress means a lot. Paul Tramontozzi knows.

After his father, then 75, was diagnosed with Lewy Body Dementia, the New York City nancial advisor attended a Sharp Again Naturally meeting seeking advice. “I was skepti- cal, but when the answer you get from everyone else is, ‘There’s nothing you can do,’ you become more willing to listen.” He took his father off his cho- lesterol medication, fed him spoonfuls of coconut oil daily and put him on a specific supplement regimen. His balance improved and he could par- ticipate in family outings again. “If you had told me a few years ago we’d be able to take Dad to a restaurant for his 80th birthday, I would have said, ‘No way.’ But we did.”

Tramontozzi says his father isn’t cured, but the advice he obtained facilitated more time together and insights on how to avoid a similar fate. “These are all things a healthy 37-year- old should be doing right now anyway. I just wish we’d found out earlier.”

Lisa Marshall is a freelance health writer in Boulder, CO. Connect at LisaAnnMarshall.com.