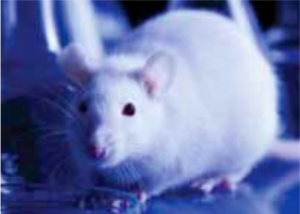 The Frank R. Lautenberg Chemical Safety forthe 21st Century Act is a new federal law that restricts animal testing and requires regulators to develop technology-based alternatives. It updates the Toxic Substances Control Act of 1976, which insisted non-animal tests be used whenever possible and established a precedent for developing animal-free testing, including vitro and silico (computer simulation) methods. Earlier this year, the John Hopkins University School of Medicine made strides in removing the use of animals from medical training and cosmetic testing.

Now all new chemicals will have to meet speci c safety standards. Cloth- ing, couches and cleaning products, among many other consumer goods, contain chemicals linked to cancer, Parkinson’s and other serious health problems, but are not routinely tested for safety. The U.S. Environmental Protection Agency will now have new authority to require testing with a legal mandate to review existing chemicals on the market.

Along with updating rules for tens of thousands of everyday chemicals, the law speci cally sets safety standards for dangerous chemicals like formaldehyde, asbestos and styrene. It aims to standardize on the national level what is currently a jumble of state rules governing an $800-billion-a-year industry.