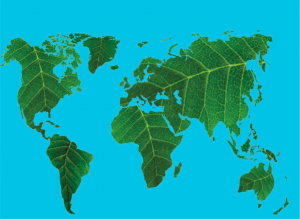 One in Five Plant Species May Face Extinction

A new report from the Royal Botanic Gardens, Kew, in the UK, has issued the rst comprehensive assessment of plant life, the inaugural State of the World’s Plants, and found that one in ve plants may be at risk of extinction due to invasive species, disease and changing landscapes.

Researchers also have determined that just 30,000 plant species have a documented use out of hundreds of thousands of known species. These areonly the vascular plants that have specialized tissue for sucking up water through their systems.

Over the years, different people and agencies have identi ed the same plant at both different times and locations, so they may have accumulated multiple names. The Kew researchers determined that each plant in the International Plant Names Index had, on average, 2.7 different species names. By cutting out the duplicates from more than a million different names, the Kew report was able to pare down the known species to 391,000.

In the Arctic, the Svalbard Global Seed Vault, a doomsday bank buried in the side of a mountain, contains more than 800,000 samples representing 5,100 different crops and their relatives.